Saturday March 10th – SEE-I Rocks Off Aboard The Jewel – NYC

Saturday March 10th
CEG Presents On The Rocks Off Boat Cruise Aboard The Jewel, NYC

The story of See-I begins with two brothers, Rootz and Zeebo, who found their way from college in North Carolina via the Caribbean only to end up in Washington, DC. It was in the cultural melting pot of the Nation’s capital that they developed their creative and musical talents. In the heady days of the late 1980s, the brothers Steele would launch the project that has defined their lives: See-I. They quickly became a fixture of DC’s burgeoning Reggae scene crossing paths with Reggae aficionado Eric Hilton who was determined to include them in his future projects. Hilton was opening the Eighteenth Street Lounge and associated record label, and brought Rootz and Zeebo on board. Throughout the 90’s and into the coming millennium they would go on to record, perform and tour with Thievery Corporation.

Then in 2005 Zeebo and Rootz started a regular Wednesday night gig at the Eighteenth Street Lounge that would see them coalescing into one of the greatest live bands the city has ever seen. Slowly gathering momentum, guest musicians and members – from the Thievery Live band and the Chuck Brown band amongst others – the See-I live band would grow into a nationwide touring phenomenon, and are now considered one of America’s premier Reggae party bands.

It’s gonna be a big show with Fort Knox Five & Thunderball doing a 2 DJs on 4 Turntables set to close the party. Rob Paine of Solomonic Sound will be opening the show before See-I.

For info, tickets and more:
http://www.theblockley.com/event/91497/ 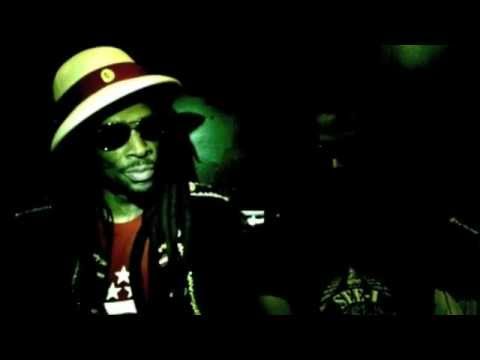 Rootz & Zee give Colorado a special shout out and some love ahead of their Thursday March 15th Show at Cervantes Masterpiece Ballroom in Denver, CO. This show will kick off a string of sick reggae shows in Denver being called “March Madness.” For info on all of these shows check out Inity Weekly: http://www.inityweekly.com

We hope you can join us!!

Friday January 6th – The Bowery Ballroom in New York City.
Sold out show, The Dukes from Brooklyn opened and The Pimps of Joytime closed the night.
Special shoutouts to KENNY BONGOS of SOJA & EMCH of SUBATOMIC SOUNDSYSTEM who were in the house.

Show Review of See-I & Pimps of Joytime at Bowery Ballroom